Below is a list of talented, experienced and professional San Diego wedding entertainers we work with.
Please contact San Diego Wedding DJ Charlie for availability, music samples and booking information. 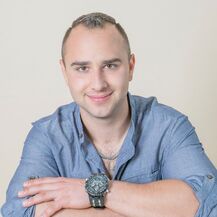 DJ Charlie Walkrich is the founder and owner of Golden Gate Sunrise Entertainment. He is  a Ukrainian-American music composer, producer, singer, keyboard player, drummer, audio engineer, DJ and MC. Charlie started his music career in the late ‘90s, performing at local live concerts in Ukraine. He was playing drums and keyboards, as well as touring with a choir, working as a singer. After finishing his music education, DJ Charlie continued joining various live bands, giving concerts at nightclubs, restaurants, weddings, etc. Later, in 2009, he created his own Charlie Walkrich Band and worked as a keyboardist, composer, producer, and manager. At the same time, Charlie studied at the Kyiv National University of Culture and Arts for a career in entertainment management. These skills gave him the opportunity to organize and manage different types of private events, such as international conventions, corporate celebrations, charity balls, etc. In the summer of 2010, Charlie moved to the United States of America and started working as a DJ and event producer. Providing clients with high-quality reliable service suited to their needs, Charlie managed to establish his clientele in a very short time, mainly through referrals. And among his clients are a number of celebrities, politicians, large corporations and, of course, many private citizens. Charlie’s experience gained in Europe was essential in developing his organizational and entertainment skills, which include knowledge of audio/video equipment wiring and functions, knowledge of popular music and artists from the 1950s to present, creative beat mixing of two songs/videos together, so the music/video never stops, reading a crowd for music selection, coordinating a function, guest relations, volume control, and more. His up-to-date collection of over 100,000 songs consists of high-quality audio and video files. While Charlie’s wedding entertainment business keeps growing, he continues to work on his own music. Charlie’s instrumental tracks have been featured in independent movies and his next album is soon to be released!

DJ Andrey has a very unique and diverse multi-cultured music experience. He began performing at weddings and other public and private events as a DJ and musician in 1993 in Ukraine. In 2000 he spent all winter in Germany playing at Russian-German weddings. In 2005 Andrey started to work for various mobile San Diego disc jockey companies gaining experience at American weddings, birthday parties, school dances and other events. DJ Andrey Seagull has spent years (since 1993) trying and testing what really works and what doesn't at weddings, birthday parties and other private events. DJ Andrey is constantly upgrading his equipment and knowledge. He also attends wedding industry seminars and conventions where he has the opportunity to network with other industry professionals. DJ Andrey Seagull has done many ethnic and international events and worked with American, Russian, Ukrainian, Moldovan and Jewish clients. He can do announcements in both English and Russian. Andrey spins in San Diego nightclubs as DJ Seagull. Golden Gate Sunrise Entertainment has been referring him since 2010 and the amount of positive feedback we receive keeps him very busy with our company.

Tracy is a very talented, busy and successful San Diego wedding singer and San Diego MC. She is a perfect choice for cocktail hours and/or dinners. Music, singing, songwriting and performing have been a part of Tracy’s life and a passion of hers since she was a child. Influenced by her love of bossa nova, jazz and classic standards, her sincere and romantic interpretations are fresh and timeless. Singing as soon as she began talking, music has always been a major passion in her life. She has an eclectic resume, which includes working as a lead vocalist/performer for Sea World San Diego where she toured with their road show, as well as recording character voices and vocals for various San Diego shows at the Park.  She has also written and sung commercial jingles for television and radio. Though she had left music for a while for a career in the corporate world, she is thrilled to be back doing what she loves. That is evident when you watch her perform. 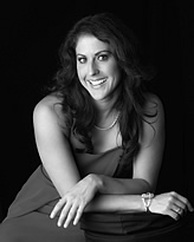 Adena is a very experienced and professional San Diego MC. She can take care of all the announcements and introductions at your party, as well as entertain kids at bar mitzvahs and other kids' events. Adena was born in Seoul, Korea and spent much of her early years living overseas in Hong Kong and Thailand.  She grew up loving music, theater and dance and was always the life of the party, a most natural host and master of ceremonies. As a born traveler with a love for adventure and a passion for life she has graced the stage across the globe from the Far East to the West. A gifted speaker, emcee, narrator and presenter, from voiceovers and jingles to commercials and broadcasting she has offered extraordinary customer service and representation for many special events and professional associations, including Fortune 500 companies. Now back on land after sailing the seas as Cruise Director with Holland America Line, we are proud to have her as a part of our team. With her outgoing personality, radiant smile, quick wit and vivacious demeanor, Adena is sure to add color to your  wedding. 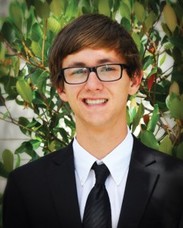 Chase is a very talented and experienced San Diego wedding pianist. He found his passion in classical music at a very young age. As his musical knowledge and experience expanded, however, he found many new worlds in pop and jazz standards, drawing from the shows of Frank Sinatra and Elton John, while also studying the specific styles of great pianists like Hank Jones, Vince Guaraldi, and Chick Corea. Chase currently studies jazz piano at the University of California, San Diego, under Kamau Kenyatta. He has also studied under the experienced jazz pianist Danny Green, saxophonist Stan Lawrence, and trumpet player Les Kepics. “The style of my playing is certainly unique. I’ve played in rock bands, ska bands, and jazz bands. I compose my own acoustic and electronic music, and I am constantly seeking out new styles to study and perform.” This approach has allowed Chase to play for all sorts of events, from big concerts to intimate restaurant gigs. His focus is always to play for the audience, so whether it is a crowd of ten or thousands, Chase’s experience delivers every time. 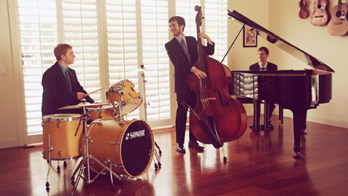 Our Jazz Trio is an established wedding band based in San Diego and available for parties, birthdays, weddings, corporate events, and concerts. Formed in the tough times of the twenty-first century, Tough Times Trio has in many ways redefined the charisma of cocktail music. With Ben, a jazz bass major at Cal Arts in Valencia, Chase, a jazz piano major at UCSD, and Ryan, a jazz drummer and educator at Poway High, the trio has created two albums in its three years, with a combined performing experience of over 30 years. The trio’s debut album, “Pure Imagination” featured classic tunes from the jazz and swing era, while also incorporating hints of modernity and Latin influences. Their newest album, “Marmalade & Others” furthers this modernity and innovation. Featuring many original compositions and extended arrangements, the album combines jazz with countless elements as never previously conceived. The trio's music spans from standard to impressively unique, so whatever the occasion, they have the experience to cater to your needs.

Dan is a young and talented San Diego wedding saxophone player. In addition to cocktail hours and dinners, Dan is available to play along with the DJ during dancing. Initially, a classically trained alto saxophone player from New Jersey, he moved to LA in 2005. Dan then joined The Mason Affair funk band and has since learned about the different aspects of harmony based on instrument voicing and funk improvisation. He consistently works hard to expand his repertory and make sure the horn section is best represented by learning the parts of all of the horn section members on alto, tenor, and baritone sax. As of March 2011, he has been learning flute and clarinet from a local LA session musician and attending a jazz ensemble class at The Colburn School to expand his musical talents and increase his demand as a San Diego wedding musician. Dan has performed cocktail hour sets at weddings, birthday parties and his family events in Chicago, New Jersey, Las Vegas, Los Angeles and San Diego.